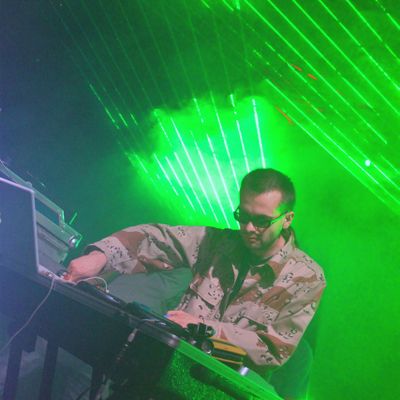 [Texto disponible solo en inglés] G-Ext – Performing (VJ) since 2006. In 2003 he started recording his own material on the theme *Large cities and traveling. This copyrighted material is the base of his performances, which highlights him among other VJ’s

"Own video – is like your own handwriting. It can be beautiful or it can be inept and will immediately identify you as individual. This handwriting needs to constantly be improved, working on it. While his primary goal is,...[Texto disponible solo en inglés] G-Ext – Performing (VJ) since 2006. In 2003 he started recording his own material on the theme *Large cities and traveling. This copyrighted material is the base of his performances, which highlights him among other VJ’s

"Own video – is like your own handwriting. It can be beautiful or it can be inept and will immediately identify you as individual. This handwriting needs to constantly be improved, working on it. While his primary goal is, to never lose his own perspective on life."

To his perspective of life G-Ext adheres not only in VJ-ing.

In the time of his career as a VJ he has worked with many artists, among which were : Infected Mushroom, Mauro Picotto , Jerome Isma-AE, D.Ramirez, AN21, Sebastien Leger, Dave Seaman, Smokie, Nevergreen, Tall Pall, Brian Cross, George Mitchell, Yura, naZaar, Pravin, Patrick Hagenaar, Vince Electro, Emma Lanford and other. Fragments of video mixes that were used in the movie "Chemist" Articles on technical subjects published in journals Show Master, Sound Director, and Currently, G-Ext is an endorser in Russia for the Belgian company Arkaos. The official products of which he successfully uses in his work since 2005.

"You start to appreciate that, what you have around you every day"

Film sound director (Cinema movie in Dolby Digital 5.1 and television-films), television, music recording and arrangements many of which were released by different labels; system integrator in the field of radio and television, projected television and radio studios.

"I enjoy to travel and to photograph. I like to show the details of life, which usually are left behind the scenes. Details of our environment like traffic signs and bridges. Unlike professional photos, my objective is to give the picture motion".

In his media laboratory, G-Ext mix on his taste a great variety of sound and video technology.

Prior to his career VJ, he worked for a long time creating music in the styles House and Trance. In his career as music producer, G-Ext succeeded to demonstrate his music on Russian radio, Radio station 2000, Megapolis FM, Radio Flash (Italy), Frisky radio and other. His creations were used as soundtracks’ in the movie ¨Chemist¨, "Agony of Fear" and a couple other documentaries, his music can be purchased in online stores like; iTunes, Beatport and be listened to on Spotify. One of the tracks aired on the Olympic Games in Turin in 2006. G-Ext made remix for t.A.T.u, on French hit’s of the 60’s, Beatles. As G-Ext says, the process of creating club music gave him a sense of style, drive, understanding of the principals of arrangements. Now he is able to anticipate any moment of an arrangement and selects the desired video effects or video fragments.

Working as sound designer in large movies and improvisation on effects with live performing musicians, helped George feel the connection between sound and image at a level of intuition, at the level of reflexes, which aid in improvising on stage with video.

Furthermore besides the music there has been numerous experiments in the theatre that gave invaluable experience with combining light, sound and dynamic video mapping with actors on scene.

Currently G-Ext performs as a VJ with material dedicated to large metropolises and small towns.

"I’m interested in showing everything from an unusual angle: I want to show cities and villages, how people live, their habits, their desires, because you will not see in any documentary, in any travel guide you will never see some normal everyday things. You will see main landmarks and their properties. But parts of our lives we do not notice, because we live in them, because we are used to them and nobody ever will show them ".

George advantage is that he fully uses his copyright recorded materials, that he records everywhere, wherever he travels.

"When I come to a new place, then all that my eye notes, all what I notice under a fresh impression I record so that I can show you. Imagine that you see familiar houses, roads, towns in your favorite club or other place of vacation combined with your favorite music. You will see it from an unusual perspective, unusual angle, in a unusual place while being relaxed. You will begin to appreciate that, what you have around you every day ".

Shooting and processing of his own material occupy a large part of George’s time, nevertheless these expenses are justified.

"In addition to the individuality, having author’s base of videos you will never have any problems with copyright, unlike those who use cuts of movies and programs. I use royalty free footages if I don’t have the appropriate video fragments for the theme, but whenever I can I try to use my own material ".

G-Ext nearly always works on stage, along with DJ’s and musicians, because then he has the ability to make a mini-show together with the audience while Vj-ing.

"Currently VJ-ing is not just dynamic image corresponding to the music of appropriate style, not just demonstration of pictures at the party , but is above all a dialog with the audience, a conversation with the clubbers. Through the screen I show my view on life of what I have seen. And hope that through my video installations in different cities, I unite people from different countries and nations". 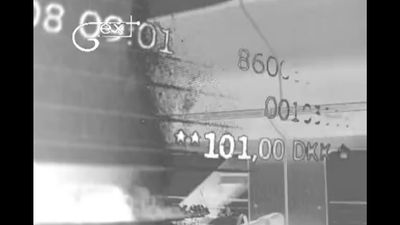 The Cities in our world 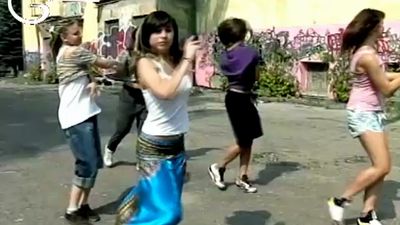