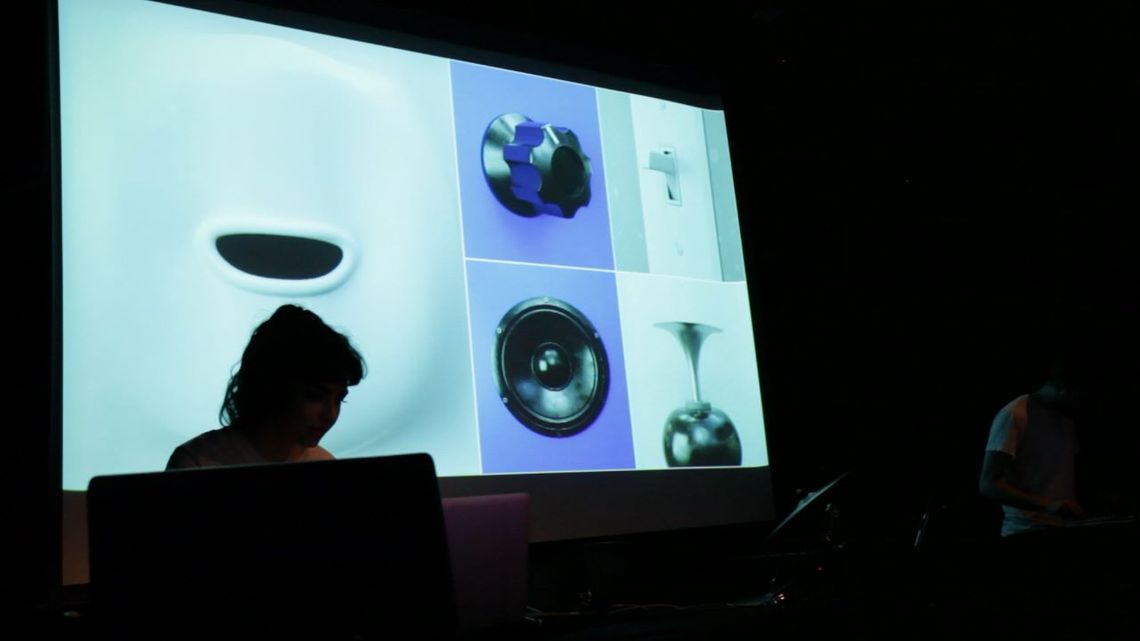 [Texto disponible solo en inglés] Carmen Jaci is a Canadian music producer and composer now based in the Netherlands. She is dedicated to the creation of contemporary musical and audiovisual works in the field of new electronic music. Having pursued a Bachelor’s at the Montreal Music Conservatory, she began her musical career as a composer by actively participating in the contemporary music scene, working with various chamber music ensembles in both Canada and the Netherlands (Quasar, Pentaèdre, Nieuw Ensemble, Paramirabo, Plumes, Musique Avenir). Her scores were regularly performed in a variety of new music festivals between 2012 and 2018 (Gaudeamus, Cluster, Innovations en concert, Codes d’accès, Music on Main, CAM Touring Program, Evening of Today). From the beginning of her Master’s degree at the Conservatorium van Amsterdam, she wished to deepen her knowledge of studio production techniques, and thus began her exploration of studio production in the field of electronic music. Rather than creating written scores, she focused on electronic composition and the use of loudspeakers as a medium. This new direction is now the main component of her artistic output, and she has had the opportunity to present these newest works at a number of festivals in the Netherlands (Gaudeamus, Rewire, Kaboom, Soundsofmusic).

Matthew Schoen’s unique background has led him to gather knowledge and skills in a wide variety of creative fields such as animation, 3D design, video editing, sound design and graphic design. He began his artistic journey while studying electroacoustic composition at the Montreal Music Conservatory. While completing his Master’s degree, he became interested in visual art and motion design, which he combined with his musical practice. As a result, he extended his work towards various media such as video and installation. This new path was marked by a desire to renew the audience experience while blurring the lines between music, sound art and visual arts. He was a regular contributor to Montreal’s AKOUSMA festival and featured at the Cluster New Music festival, the International Symposium on Electronic Art (ISEA), Athens Digital Arts Festival, Rewire and more recently at the Kaboom Film Festival in Amsterdam. While presenting his work in various festivals throughout Europe and North America, he has also pursued a career as a freelance motion graphic designer. From 2016 to 2019, he worked at the award-winning animation and VFX studio Onesize, in Amsterdam. He now solely focuses on design and visual art, collaborating with other musicians to create audiovisual works. His work has been supported by the Canada Council for the Arts as well as the Conseil des Arts et des Lettres du Québec.

Matthew Schoen’s recent work is rooted in motion design, advertising and graphic design. In his practice, he exploits high-end commercial productiontechniques such as raytracing and node-based texturing using software such as Cinema 4D and Octane Render to create photorealistic imagery. He is inspired by creators (Nejc Polovsak, Alex Firstov) and studios (Foam studio, Frame, Six N. Five) specializing in motion design who use this digital medium as a new means of artistic expression, redefining visual communication and proposing forward-thinking methods of advertising. Matthew’s own work reuses techniques found in motion design as a tool for his own artistic creations, thus freeing them from their association with the typical concepts found in commercial video content. In his artistic practice, he conceptualizes, models and animates objects and spaces that are detached from their function and their original context, in order to be repurposed into new systems. As demonstrated in the portfolio, he draws inspiration from machines as objects to create networks of complex constructions, the use of which remains undetermined. To see Matthew Schoen’s motion design portfolio, follow this link: schoenmatthew.com